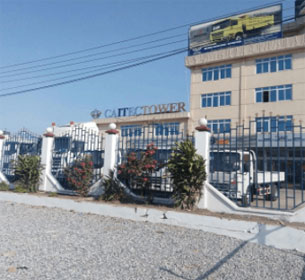 Mr. Tang Hong, President of the Ghana Federation of Chinese Overseas Chinese Associations, and Mr. Xiao Feiyun, President of the Wenzhou Chamber of Commerce, donated GH50,000 in cash to the Dansoman Sub-headquarters of the Ghana Police Department on Wednesday to thank the Dansoman Police Department for its hard work in quickly solving the case and arresting the murderer of the Chinese woman, Jacob Kwesi Acquah 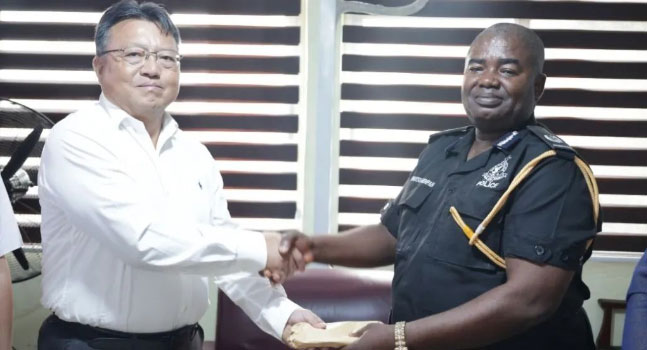 In donating cash, Mr. Tang Hong, President of the Ghana Federation of Chinese Overseas Chinese Associations, said the police played an important role in ensuring the safety of Ghanaians and other people living in Ghana. We are impressed by the speed with which police arrest murder suspects, so we would like to thank the police," he added, adding that "the reward is to encourage them to continue their professional work and protect lives and property." Whoever is affected, seeing such a swift police response to the crime creates confidence in the country and boosts investor confidence. This will allow more Chinese investors to have confidence in Ghana and come here to invest

Dansoman Police Chief Joseph Owusu-Bempah said he was pleasantly surprised by the donation from the Chinese community. "It's unusual for someone to thank the police in this way. Most of the time, when something goes wrong with our work, we show up in the news, but when we work diligently, no one understands. Therefore, we thank the Chinese community for this action"ACP Owusu-Bempah added that the award will inspire the police to work harder to make Dansoman and its surrounding areas safe for residents and businesses in the community.

Mr. Tang Hong, President of the Ghana Federation of Overseas Chinese Associations, donated GH30,000. Mr. Xiao Feiyun, President of Wenzhou Chamber of Commerce, donated GH20, 000. He stressed the need to strengthen the friendship bond between the Ghana Police Department and the Chinese community in Ghana." Assistant Commissioner of Police Joseph Owusu-Bempah expressed his deep gratitude to the Ghana Federation of Chinese Overseas Chinese Associations for its donations to the police.

Meanwhile police said the suspect, who is now charged, is being prosecuted in Kaneshie District Court in Accra. The perpetrators will be severely punished according to the law.

According to information provided by the police, the 37-year-old killer, Acquah, was a former employee of the deceased and had gone to the deceased's home to ask for the maid's phone number. When the victim went to her bedroom to find her phone number, the killer followed her and pushed her to the bed and strangled her with a pillow. Acquah is also said to have repeatedly smashed the deceased's head on the floor and a metal sliding door. He also allegedly hit her several times with the metal part of the shower handle. Two other accomplices are Faustina Otimah, a 21-year-old domestic helper, and businessman Memunatu Allotey, who allegedly facilitated the murder by assisting Acquah and are also being held in the Kaneshie District Court for abetting the crime.